Dubai (, doo-BY; Arabic: دبي, romanized: Dubayy, IPA: [dʊˈbajj], Gulf Arabic pronunciation: [dəˈbaj]) is the most populated city in the United Arab Emirates (UAE) and the capital of the Emirate of Dubai, the most populated of the 7 monarchies which together form the United Arab Emirates. Established in the 18th century as a small fishing village, the city grew rapidly in the early 21st century with a focus on tourism and luxury, having the second most five-star hotels in the world, and the tallest building in the world, the Burj Khalifa, which is over a half a mile tall.In the eastern Arabian Peninsula on the coast of the Persian Gulf, it is also a major global transport hub for passengers and cargo. Oil revenue helped accelerate the development of the city, which was already a major mercantile hub. A centre for regional and international trade since the early 20th century, Dubai's economy relies on revenues from trade, tourism, aviation, real estate, and financial services. Oil production contributed less than 1 percent of the emirate's GDP in 2018. The city has a population of around 3.4 million (as of 2021). 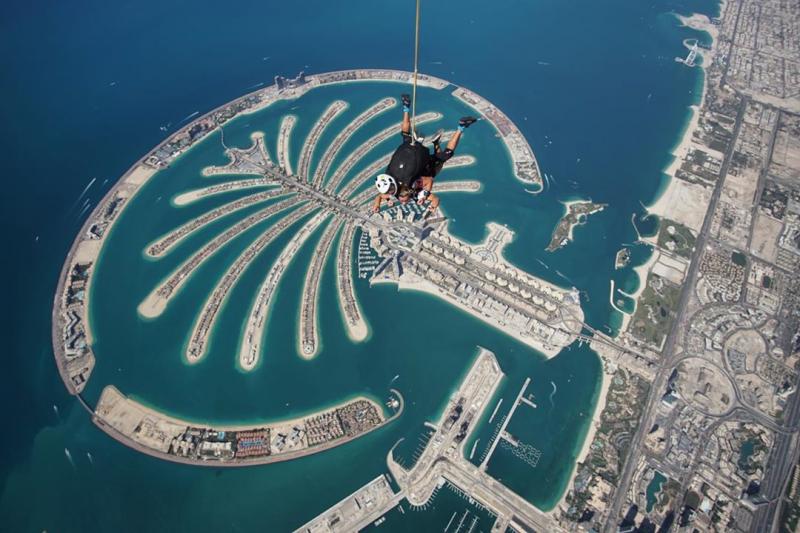